Home » Recipes » Dinner » We Go Together Like: Cinnamon Rolls and Chili

There are  certain foods that seem to be best friends. Those perfect menu pairs that always seem to be found together: 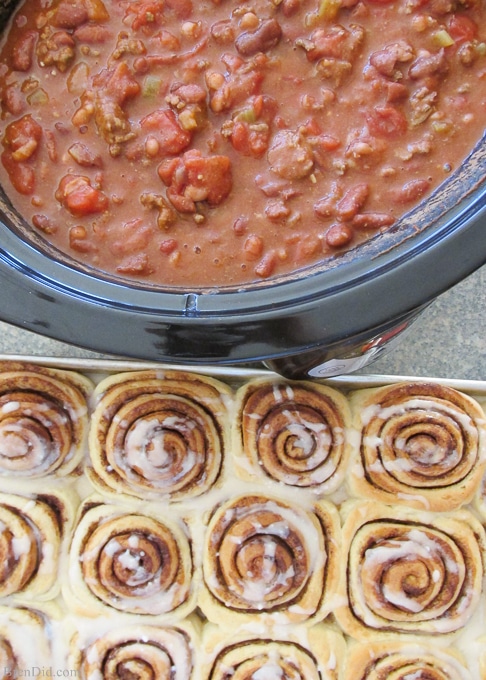 Two foods that are best friends and make a great family dinner are chili and cinnamon rolls. Have you heard of this dynamic duo? It probably depends on where you live; it’s a Midwest specialty.

Our family relocated to the Midwest United States last summer. My husband was astonished to hear that our neighbors served cinnamon rolls and chili for dinner.

He’s a Colorado boy and had never heard of this combo. I grew up in Iowa and was served chili and cinnamon rolls as a school lunch combo.

I decided that my husband needed to experience this Midwest specialty. I used my favorite recipe for one hour cinnamon rolls and Walt Disney’s favorite chili recipe.

Did you know Walt Disney grew up in Illinois and Missouri? His favorite chili recipe certainly reflects his Midwest roots. It is heavy on the beans and meat but light on the spices. You can get the recipe and full instructions at the official Walt Disney fan club: Walt’s Own Chili.

The chili recipe is a bit vague, so I made few adjustments I made while cooking:

While they are not health food, I love knowing that they are homemade and free of any preservatives, artificial colors, or flavors, and contain no hydrogenated fats. Get the recipe here: Easy One Hour Cinnamon Rolls. 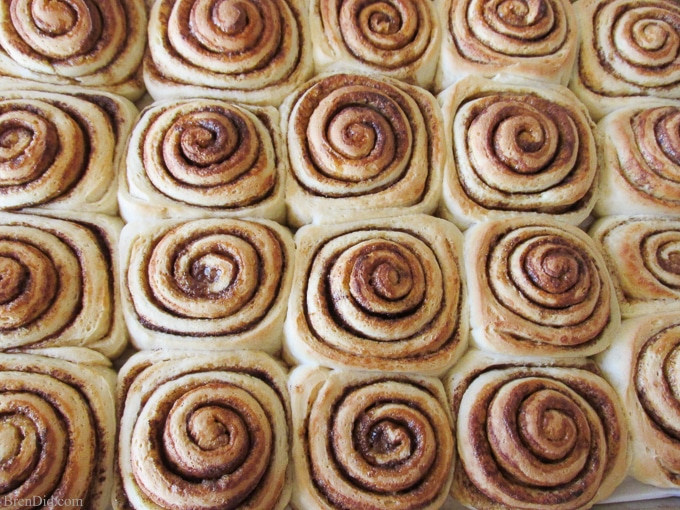 I hope you take a night to celebrate friendship and have some family fun!